Australia – the time to take Asia seriously is now! 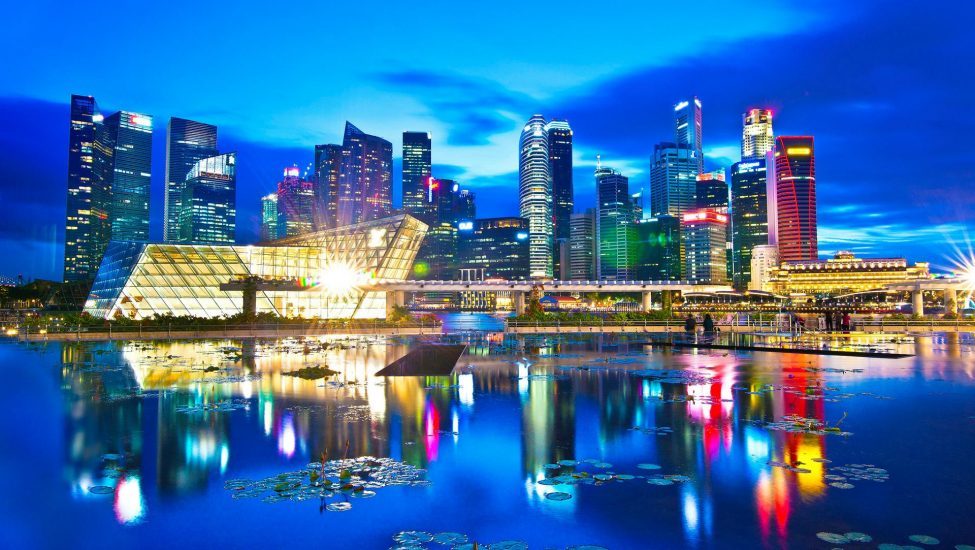 For many years now we have spoken as a country about the ‘Asia opportunity’; beginning with the release of the Asian Century White Paper in 2012 by the Gillard Government, followed by ongoing and regular dialogue in the business community about the benefits of doing business in Asia.

According to ANZ’s 2018 Asia Opportunity Report, Australian businesses could gain close to $400 billion in additional revenue to flow into their Australian operations if they make plans to operate in Asia.

The ASEAN region on its own presents even greater opportunities. Made up of a group of countries consisting of Brunei, Cambodia, Indonesia, Laos, Malaysia, Myanmar, The Philippines, Singapore, Thailand and Vietnam, ASEAN has a combined population of approximately 660 million, and a combined GDP of $2.4 trillion.

It is the third fastest growing region after China and India and the fifth largest in the world. It is growing significantly faster than our own economy and with rapidly growing middle classes and a burgeoning young population, these countries are hungry for many of the services, innovations and products that Australia produces and can provide.

Yet despite the opportunities that ASEAN in particular presents, less than 10% of Australian SMEs are exporting or operating anywhere offshore.

So what’s going on?

Lack of awareness is one key problem and lack of expertise is another.

Many companies are unaware of the size of the opportunities on offer and many others know that opportunities exist, but don’t know what they look like or how to capitalise on them.

Needless to say, competition is becoming fierce and ASEAN has more trade and investment partners to consider now other than Australia. Australia still boasts old views and perceptions of the region – outdated opinions where in fact the region has moved on. It is a dynamic and vibrant region with growing sophistication and international appeal.

How can we change this and seize the opportunity in Asia?

Many things have to change for us to move forward as a nation, and as a business community and adequately seize the Asia opportunity that has been in front of us for at least a decade. And we don’t have time on our side.

Firstly, we need to move away from a short-term view, because succeeding in Asia takes time, it doesn’t happen overnight. Short-termism is not naturally aligned with what it really takes to build closer Asian ties.

It is wonderful to see the WA State Government appoint an Asian Engagement Minister, in fact, WA is the only state in Australia that has created such a role, however this is only a start.

While there is much talk about more SMEs growing into ASEAN, the challenge that we see is that businesses don’t have the funds to explore international growth.

The big consultancy firms charge fees for advice on how to move into markets like Asia that are out of reach for most companies, especially startups.

Companies often don’t know how to go about international expansion especially into foreign markets with culture differences and tend to throw it into the ‘too hard basket’ if it doesn’t pay off immediately.

So, on the one hand, while we may want our businesses to start prioritising Asia and seize the opportunities, to be successful it takes time, commitment, energy and financial resources.

There is also a lack of understanding of the importance of adding value to the region too – just as much as taking the opportunities.

A shift in mindset is critical – we need to think differently

Education is everything and sometimes it is the lack of education and awareness of the region that prohibits successful business expansion.

It is important to make the region more attainable and accessible to begin with and not so foreign and unfamiliar. Greater ‘Asian literacy’ and deeper ‘cultural intelligence’ are both critical.

The biggest challenge we have seen from the startup and business community is that there is a lack of funds to enter the market. Bridging loans or other incentives would help address this.

Perhaps an ‘Asian expansion grant’ to help companies kick-start their ASEAN expansion is something to consider?

As part of a mindset shift, we also need to ensure that Australia shows up and is genuinely open for regional business. For this, you need new players and new perspectives.

Some cities like Sydney and Melbourne may be more equipped for this, however, regional cities can seize the opportunity too. Education, knowledge and support will be the key to achieve this.

Businesses also need to step-up and change their mind-set. We find many Australian businesses lack the culture awareness and intelligence to do business in the region in the first place.

They approach expansion into ASEAN with an Australian lens, often without empathy and acknowledgement of local business practices.

Across the board though, deals aren’t done in three meetings. It is all about peer-to-peer, and people-to-people relationships, respect and commitment to the local market.

They want to know that you have done your due diligence and research, and are committed to doing business in a way that fits with them. If you think you can be an overnight success in Asia, then think again.

And underpinning all of this is the need to create a more collaborative and inclusive ecosystem that creates value for both markets. One that promotes co-creation, adds value to supply chains, promotes partnerships and has local knowledge front and centre.

In summary, Australia need Asia more than Asia need us for our future survival.

The questions we need to ask ourselves: are we really serious about doing more business in Asia? Can we put in place long-term policies in place to foster greater Asian engagement? Are businesses prepared to learn
how to do business in the region and adapt their ways to make it happen?
I certainly hope so. The pizza place with sign language on the menu Why every CEO should know more about entrepreneurship How intrapreneurship can be your secret weapon

Please confirm you want to block this member.

You will no longer be able to:

Please note: This action will also remove this member from your connections and send a report to the site admin. Please allow a few minutes for this process to complete.

You have already reported this .
Clear Clear All